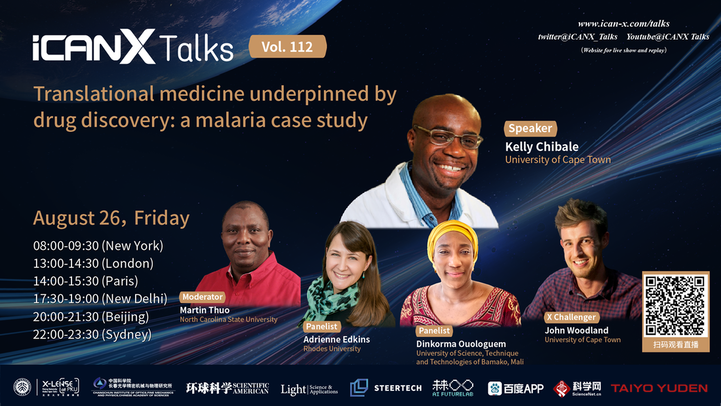 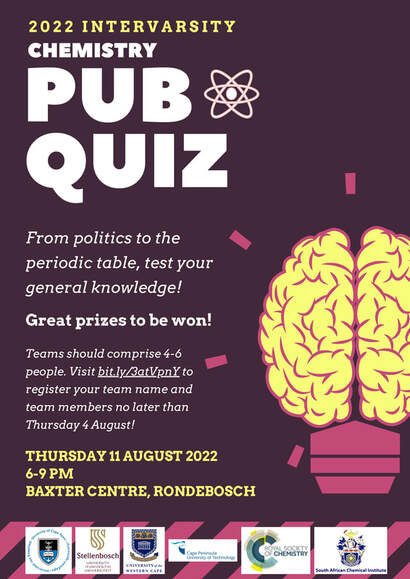 This programme will feature some of the recorded musical highlights from the 17th Stellenbosch International Chamber Music Festival held from 1-10 July 2022. Works will include the Piano Sextet by César Franck, the Octet-Partita for winds by Franz Krommer and one of the "new discoveries" of this year’s festival – the Quintet in G minor, Op. 34, by Juliusz Zarebski (1854-1885) played by Daniel Rowland (violin 1), Madeline Adkins (violin 2), Yuval Gotlibovich (viola), Maja Bogdanović (cello) and Luis Magalhães (piano).

Friday 22 July 2022
Insights from the interface of chemistry and biology: An overview of chemical biology approaches and capabilities at H3D
Holistic Drug Discovery and Development (H3D) Centre Webinar Series with Kathryn Wicht (12h00-13h00) 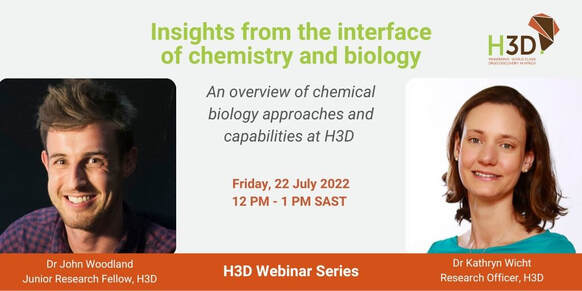 John Woodland gives an overview of @H3D_UCT platforms.H3D is Africa’s first integrated drug discovery and development centre. The centre was founded at the University of Cape Town in April 2010 and pioneers world-class #DrugDiscovery in Africa #InnovationforHealth pic.twitter.com/bpQvTPPogB

Ever wondered what a day in the life of a drug hunter looks like? Join @jgwoodland, H3D chemical biologist tomorrow 18 May at the Commons, Muizenberg pic.twitter.com/qm0XZCkzh5

* The title of this talk was adapted from the title of Aldous Huxley's novel "Brave New World", which itself is a quotation from Shakespeare's play "The Tempest". In the same way that Miranda is dazzled by the "many goodly creatures" on her island, so too have biologists discovered whole new worlds of structural and functional detail under the fluorescence microscope. This seminar was dedicated to the memory of Professor Timothy Egan (1962-2022), my PhD supervisor, who recently passed away and who encouraged my first explorations into fluorescence. 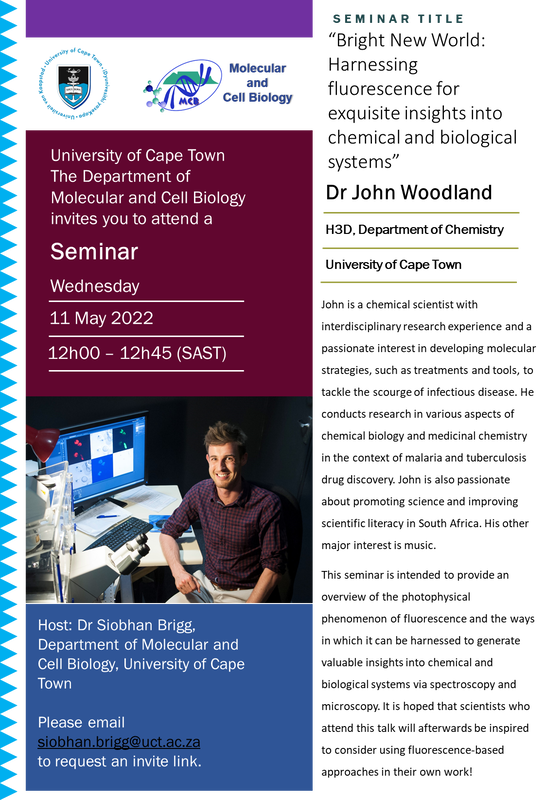 In this series of three lectures for the UCT Clinical Pharmacology Honours class, I gave a general overview of drug discovery followed by a case study around MMV390048 (H3D's clinical candidate that went into trials in Africa) and finally some contemporary aspects of medicinal chemistry, such as the importance of interdisciplinarity and the growing promise of AI and machine learning in the context of drug discovery.

Friday 8 April and Wednesday 13 April 2022
H3D Roadshows: Women in Science
Stellenbosch University and the University of the Western Cape